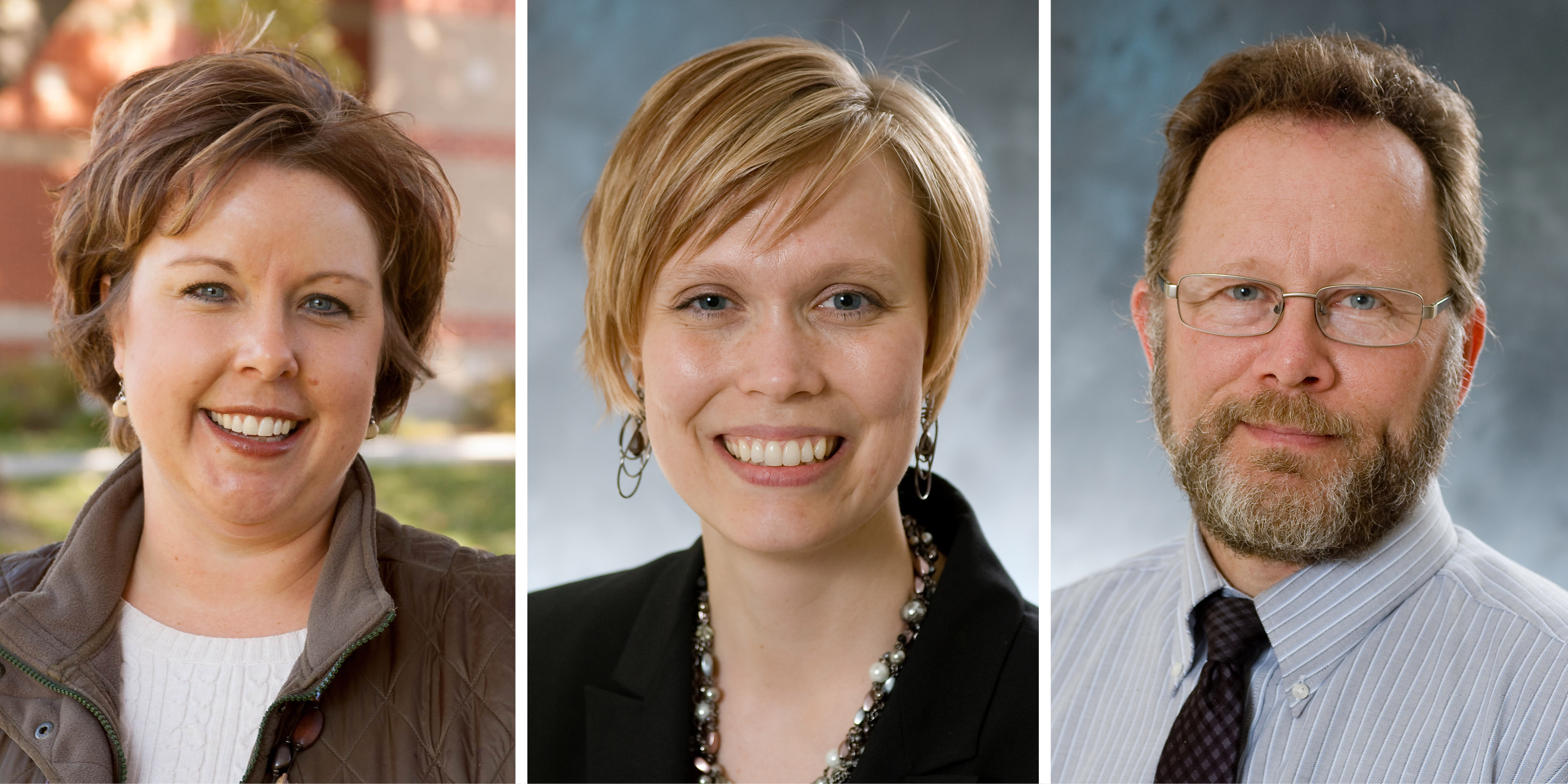 Three Northwestern College professors have been awarded tenure and promotions, effective this fall.

A member of Northwestern’s faculty since 2013, Stamer served as a nurse manager and floor nurse for the Orange City Area Health System for 11 years. She also taught nursing at Northwest Iowa Community College prior to joining Northwestern’s faculty. She earned her R.N. diploma from St. Luke’s School of Nursing, a Bachelor of Science in Nursing degree from the University of Iowa, a Master of Science in Nursing—with an emphasis in nursing education—from Nebraska Methodist College, and a Doctor of Nursing Practice from American Sentinel University.

Carlson is a 2003 Northwestern College graduate who teaches in her alma mater’s chemistry department. She has a doctorate in biochemistry from the University of Iowa, where she held biochemistry teaching assistantships and was awarded a pre-doctoral fellowship from the American Heart Association. Carlson’s research focuses on the kinetic mechanisms by which damaged DNA is replicated by specialized DNA polymerases. Her findings have been published in Molecular and Cellular Biology and Proceedings of the National Academy of Science. She has also presented her research at the Biocatalysts and Bioprocessing Conference.

Koene teaches Spanish and translation/interpretation and serves as chair of the modern foreign languages department. A former Iowa Professor of the Year, he established Northwestern’s Spanish-English translation and interpretation major—making NWC the only Christian college or university in the U.S. to offer such a program at the undergraduate level. Koene is one of just a handful of people to achieve the credentials of a state-certified court interpreter in Iowa and Minnesota. He is also nationally certified as a medical interpreter. A member of Northwestern’s faculty since 2000, he has two master’s degrees: one in interpretation and translation, and the other in Latin American history.