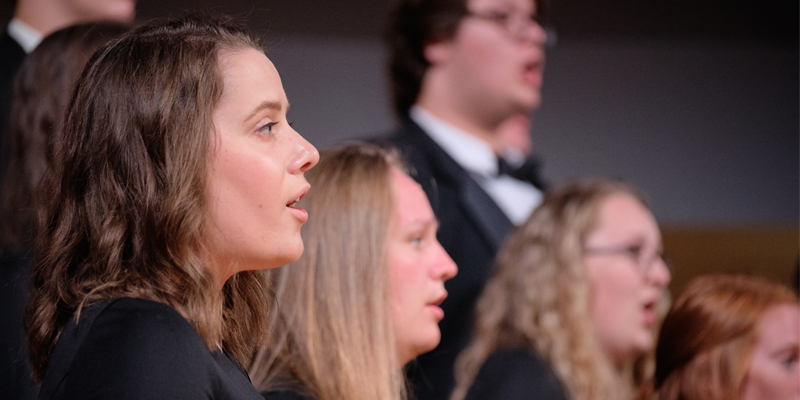 Northwestern College’s A cappella Choir will perform its touring concert in Christ Chapel on Friday, March 13, at 7:30 p.m. The event is free and open to the public.

The 75-minute concert will feature the choir’s full spring tour program, which includes songs in a variety of texts, languages and styles that focus on love, loss, celebration, humor, commitment and God’s grace. “Praise to the Lord,” “O Salutaris Hostia” and “Ezekiel Saw de Wheel” are among the ensemble’s repertoire. Several songs will feature solos by choir members, and the concert will close with the choir’s traditional “Beautiful Savior.”

“The concert will include high-quality pieces in much variety,” says Dr. Thomas Holm, professor of music and director of the A cappella Choir. “We sincerely hope that audience members are moved, enriched and encouraged by the music.”