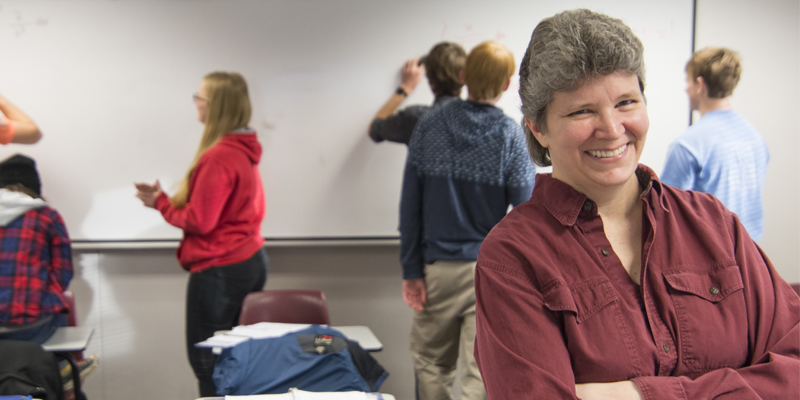 Dr. Kim Jongerius, professor of mathematics at Northwestern College, gave a presentation at the Joint Mathematics Meetings (JMM), held Jan. 15–18 in Denver. Her talk was titled "Pattern and Structure: The Curious Incident of the Dog in the Night-Time and Understanding a Mathematical Mind."

"Mathematically-minded people can sometimes focus almost obsessively on pattern and structure, while theatrically-minded people tend to focus on emotion," Jongerius explains. In her presentation, she explored a meeting of the two minds as senior math and actuarial science majors worked with actors, designers and stage crew to understand and visually represent the patterned thinking of the play's teen-aged character who is on the autism spectrum.