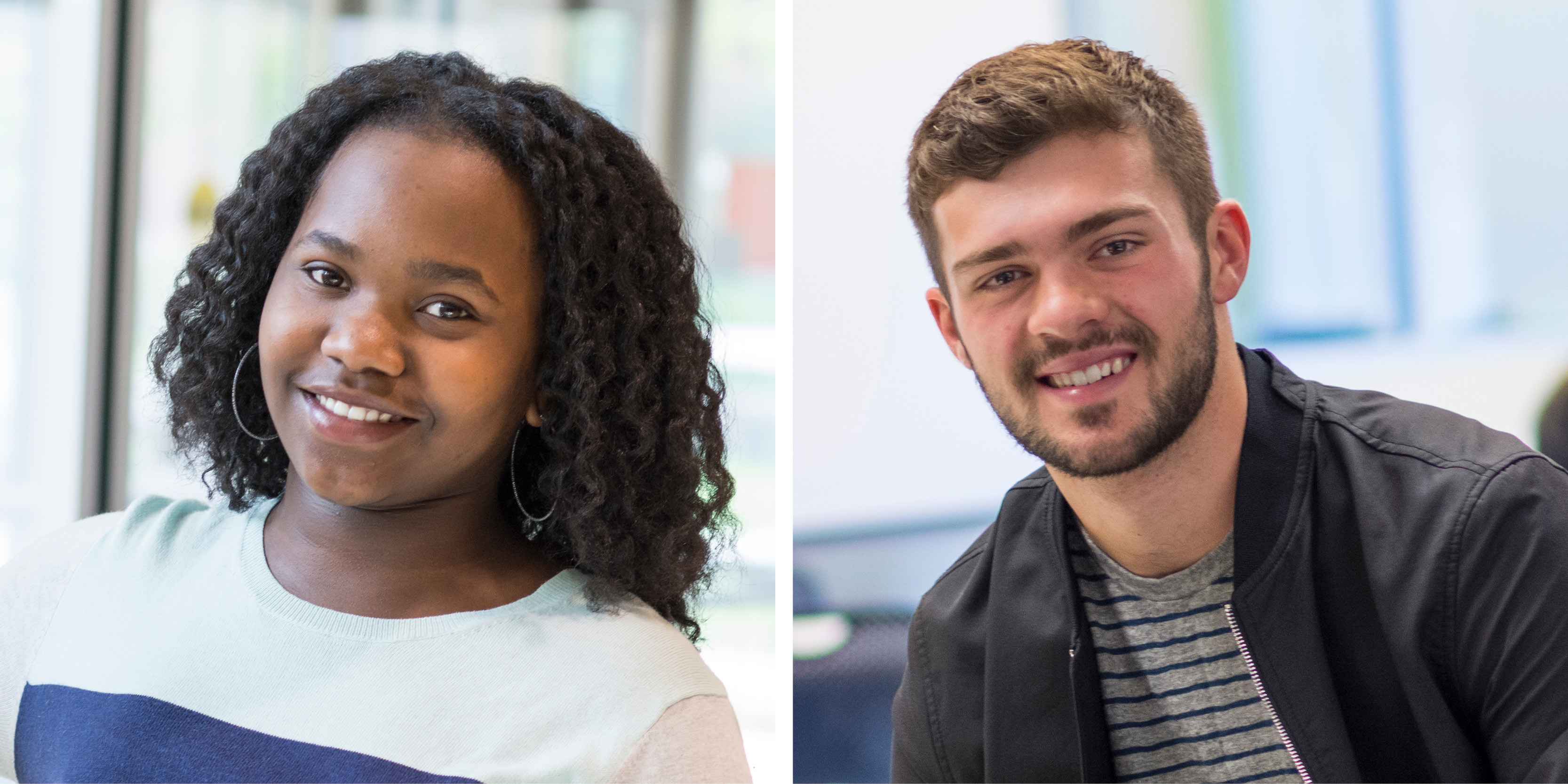 Nnenna Nwaelugo of Nigeria and Matt Scott of Sioux Falls, S.D., graduating seniors at Northwestern College, received Faculty Honors during the college’s commencement exercises on May 11.

During her time at Northwestern, Nwaelugo worked with the lab technician and served as a tutor, ambassador, teaching assistant and president of the International Club. Last summer she completed research at the Medical College of Wisconsin, where she plans to pursue an M.D. degree this fall.

Scott also wrote for the student newspaper, tutored students, served as an officer in the Actuarial Science Club and participated in a Spring Service Partnership trip to Haiti. He interned two summers with the Sammons Financial Group and has already passed four actuarial exams. Scott has been hired as an actuarial analyst at Optum in Eden Prairie, Minn.

Read about Nwaelugo, Scott and other standout 2019 Northwestern College graduates.