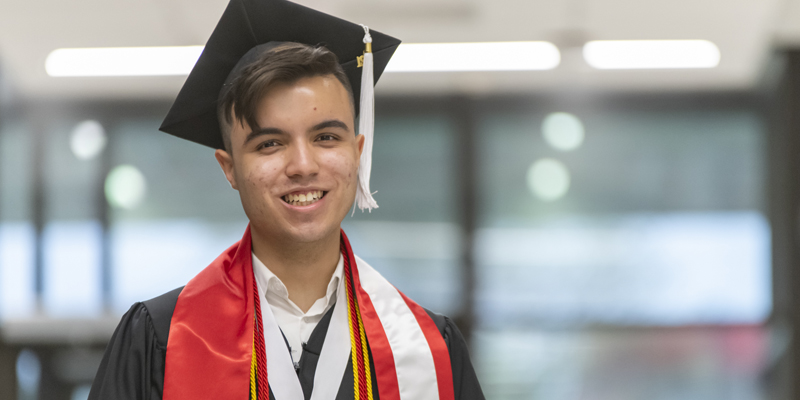 Ali Almail, a double major in art and genetics, molecular biology and cellular biology from Bahrain and Canada, received Faculty Honors during Northwestern College’s commencement exercises on May 8.

Almail combined his two majors to create “Genetic Composition of Christ,” a six-panel metal installation in Northwestern’s DeWitt Family Science Center. The digital artwork features a famous 16th century painting by El Greco of Christ suffering as he carried the cross. Almail produced the image using the nitrogenous bases that code for genes corresponding to prevalent diseases in an effort to get people to think about the relationship between Jesus Christ’s humanity and divinity.

A leader in Northwestern’s International Club, Almail served as a peer tutor. In the summer of 2019, he was one of only 12 Christian college students from across North America chosen to participate in the Interdisciplinary Liberal Arts Symposium at Wheaton College in Illinois. He seeks to become a physician scientist combining medicine and research.