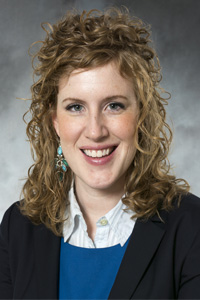 In her paper, “Piety, Pageants and Playing Indian: Gendered Identity at Summer Camps in the Postwar Era,” Koerselman explores the ways evangelicals adopted particular concepts of masculinity and femininity during the post-World War II era. Her research for the paper was based on a case study of Camp Ridgecrest for Boys and Camp Crestridge for Girls, both located in Ridgecrest, N.C.

Koerselman was also selected to chair a panel during the annual meeting based on her expertise of the topic, “Christianity in 20th Century American Politics.” Following the panel’s presentations, Koerselman encouraged and managed the audience discussion.

The American Society of Church History is a scholarly community dedicated to studying the history of Christianity and how it relates to culture in all time periods, locations and contexts.

A 2003 graduate of Northwestern College, Koerselman earned a master’s degree in history and political science from Iowa State University and a doctorate in United States history with an emphasis on gender and religion from Michigan State University. She was an assistant professor of history at Oklahoma Baptist University before joining Northwestern’s faculty in 2014.