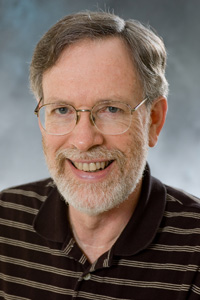 Dr. Douglas Firth Anderson, professor emeritus of history at Northwestern College, has contributed a chapter to a new book about California history. “California Dreaming: Society and Culture in the Golden State” was published in September by Pickwick Publications.

The volume features eight authors inquiring into the moral questions that emerge from studying California. The book was edited by Ronald Wells, professor emeritus of history at Calvin College and associate director of the Maryville-Lee Symposium on Faith and the Liberal Arts at Maryville College in Tennessee.

Anderson contributed a chapter titled “Engaging Landscapes: San Francisco Bay Area Protestants in the Progressive Era.” He examines the way Anglo-American Protestants in the first two decades of the 1900s engaged with both the natural and sociocultural landscapes of the Bay Area, citing Protestantism’s impact on the rise of environmentalism in America.

Dr. Richard Mouw, a 1959 graduate of Northwestern Junior College who is the president emeritus and professor of faith and public life at Fuller Theological Seminary, also wrote a chapter. He contributed “The Enigma of California: Reflections on a Theological Subject.”

Anderson, who retired as professor of history in 2014 but continues as a reference librarian and archivist for Northwestern, specializes in the history of the American West and American religious history. He is the lead author of a photographic history of Orange City and co-author of “Pilgrim Progression: The Protestant Experience in California.” Anderson’s articles and book reviews have been published in Western Historical Quarterly, Religion and American Culture, and Fides et Historia, as well as in encyclopedias of the Great Plains and American West.