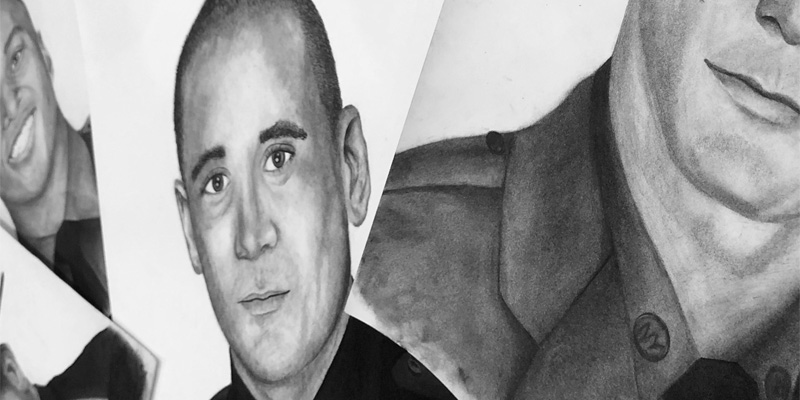 Jaycee Vander Berg, a criminal justice and art/graphic design major at Northwestern College, will present her senior art exhibit in the college’s Te Paske Gallery Feb. 25 through March 1. A public reception is scheduled for Monday, Feb. 25, at 7:30 p.m.

“My show aims to honor just a few of these fallen officers who were shot and killed while serving in their roles,” says Vander Berg. According to the Officer Down Memorial Page, a total of 150 police officers died in the line of duty during 2018. Most were shot or fatally injured in car crashes.

Vander Berg says charcoal portraits are her favorite medium, and she worked to improve her technique while at Northwestern. “Spending time drawing the faces and capturing the emotions of people who gave their lives—and whose faces no longer have the opportunity to change—was a way for me to connect two of my passions and share two things I care about in one show,” she says.

Vander Berg is the daughter of Jeffrey and Vonda Vander Berg of Sioux Center. Following her graduation in May, she plans to continue working as a corrections officer for the Sioux County Sheriff’s Office and to further her career in law enforcement.