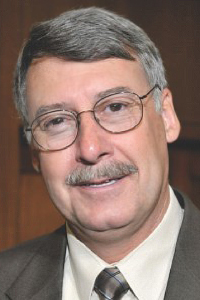 Dr. Charles “Chuck” Van Engen, professor emeritus of biblical theology of mission at Fuller Theological Seminary, will speak on the Latin American church on Monday, April 3, at 3:30 p.m. in Northwestern College’s Vogel Community Room in the DeWitt Learning Commons. The event is free and open to the public.

Before joining the faculty at Fuller in 1988, Van Engen was a missionary in Mexico and worked primarily in theological education. He also taught missiology at Western Theological Seminary in Holland, Mich., and served as president of the General Synod of the Reformed Church in America in 1998–99. He is the founding president and CEO of Latin American Christian Ministries.

During the hourlong event, Van Engen will speak about the challenges and opportunities for the church in Latin America today, followed by time for discussion. Area pastors and church leaders are especially encouraged to attend.

“Thirty years ago, the Iran–Contra affair, the revolutions in Nicaragua and El Salvador, and the rise of liberation theology were constantly in the news,” says Dr. John Hubers, assistant professor of religion at Northwestern. “Dr. Van Engen’s breadth of knowledge and experience in the region will help fill us in on what has been happening since then.”

Van Engen has authored a number of books, including “Paradigm Shifts in Christian Witness,” “Evaluating the Church Growth Movement: Five Views,” “Communicating God’s Word in a Complex World” and “Announcing the Kingdom: The Story of God’s Mission in the Bible,” among many others. He is involved in the American Society of Missiology, the International Association of Mission Studies, the Evangelical Missiological Society and the Latin American Theological Fraternity.

“Dr. Van Engen is considered to be one of the most influential voices in the area of Christian mission studies in this generation, widely respected in Catholic, Protestant and Orthodox mission circles,” says Hubers. “It is a wonderful privilege to be able to learn from this man who is not only a great scholar of Christian missions, but a dynamic and inspiring speaker. Those who know him appreciate the energy, wisdom and integrity he brings to all that he does.”

A graduate of Hope College, Van Engen received his Master of Divinity degree from Fuller Theological Seminary and a doctorate from the Free University of Amsterdam.