Gang pastor and prison chaplain to speak at Northwestern College 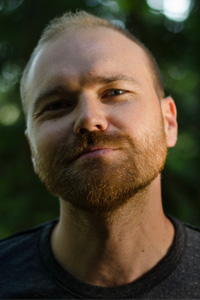 UPDATE: Due to flight delays, Chris Hoke and Ramon Luna will not make chapel Tuesday morning but they will present their chapel talk from 4-5 Tuesday afternoon in room 313 of Van Peursem Hall.

Gang pastor and prison chaplain Chris Hoke, executive director and co-founder of Underground Ministries in Mount Vernon, Wash., will speak three times at Northwestern College Feb. 5–6. Each event is free and open to the public.

In his first engagement on Tuesday, Feb. 5, Hoke will speak in Christ Chapel at 11:05 a.m. in a presentation titled “Relationship With the Underground Leads to Repentance.” He will be joined by Ramon Luna, who is part of the gang outreach and prison re-entry volunteer team at Underground Ministries. Later that day at 7 p.m., Hoke will read from his book, “Wanted: A Spiritual Pursuit Through Jail, Among Outlaws, and Across Borders,” during a Deep Song Reading in the Ramaker Center’s Fireside Room. His final engagement, titled “Going to Hell: What Jesus Made the Church For,” will be on Wednesday, Feb. 6, at 10:05 a.m. in the Vogel Community Room in the DeWitt Learning Commons.

“I’m excited for Chris and Ramon to join us in hopes that they challenge our campus to be aware of the injustices tied to mass incarceration in America,” says Mark DeYounge, dean of Christian formation for Northwestern College. “Hopefully it will inspire students to get involved in prison ministry as a response to Christ’s call on our lives.”

In addition to Underground Ministries’ work with gang outreach and prison chaplaincy, they partner with Underground Coffee and Underground Writing to provide employment opportunities and creative outlets for current and released prisoners.