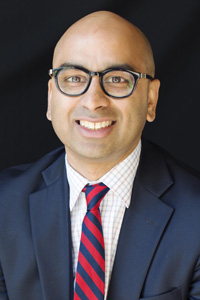 Boyagoda has written two novels. “Governor of the Northern Province,” published in 2007, was a finalist for the ScotiaBank Giller prize. “Beggar’s Feast,” which has been published around the world to international acclaim, was nominated for the 2012 IMPAC Dublin Literary Prize and named a New York Times Editor’s Choice selection. His third, “Original Prin,” is slated for publication in 2018 and will tell the story of a Catholic professor posted to a Middle East country where he encounters a Muslim man from Boston who’s on his own journey.

Also the author of a 2015 biography, “Richard John Neuhaus: A Life in the Public Square,” Boyagoda frequently contributes to the New York Times, CBC Radio, Wall Street Journal, Harper’s, Guardian and more. He served as president of PEN Canada, a writers’ organization that celebrates literature and defends freedom of expression, from 2015 to 2017.

The Deep Song Reading Series seeks to enable students and community members to listen to new and established authors speak about their works and share some of their writing experiences.