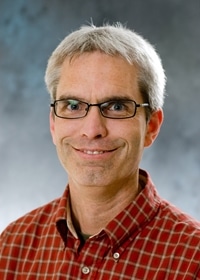 Dr. Derek Brower, assistant professor of education, will spend the fall semester of 2015 involved in projects and activities that will strengthen his expertise in science education. Possibilities include teaching science at an international location, obtaining an engineering or applied science internship, participating in a science learning program for teachers, and/or mentoring a science teacher. He plans to share his learning through a conference paper or presentation.

A Northwestern College philosophy graduate, Brower earned a second degree in science education and a master’s degree in technology education from Western Washington University. He completed a Doctor of Education degree at Montana State University, where his research focused on science education curriculum and instruction. Brower joined Northwestern’s education faculty in 2006, bringing a global perspective and extensive classroom experience to his alma mater. He previously taught secondary science for 12 years at schools in Iowa, Botswana, the Marshall Islands and Thailand, as well as physical science at the College of the Marshall Islands. 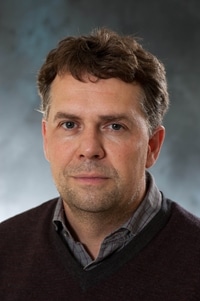 Dr. Keith Fynaardt, professor of English, will spend the spring semester of 2016 on a multi-genre writing project that brings together his expertise in writing and in agricultural literature and history—particularly Iowa farming. He will focus on one particular farm, telling its story and the stories of the generations of people who have called it home. His plans are to finish the work and submit it for publication.

In addition to writing and teaching about modern agriculture’s impact on Midwestern croplands and communities, Fynaardt is restoring a historic Sioux County farm. His work has led to the development of courses such as Literature of the Agricultural Imagination and Writing the Farm. His other scholarly interests include narrative nonfiction writing and contemporary American literature and film. Fynaardt earned a master’s degree in English from Iowa State University and a doctorate in English from Northern Illinois University. From 2001 to 2006 he held the Northwestern College Endowed Professorship. He has been a member of Northwestern’s English department faculty since 1995.