Northwestern College honored a number of employees at a banquet held on Monday, May 5. Faculty and staff were recognized for their years of service and accomplishments, most notably the six new retirees.

Dr. Doug Anderson, professor of history since 1989, is an expert in the history of the American West who formerly served as president of the Conference on Faith and History. He recently co-authored a book on the history of Orange City. During his time at Northwestern, he held one of the college’s endowed professorships, helped start the Day of Learning in Community, directed the honors program and served as interim director of the library. “Doug embodies the spirit of Northwestern,” says Dr. Adrienne Forgette, dean of faculty. “His servant heart and faithfulness are evident in quality teaching, careful scholarship and self-effacing humor.” 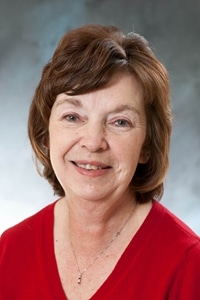 Pat Bruxvoort has served in the maintenance department since 2000, primarily cleaning for the DeWitt Theatre Arts Center and the Korver Visual Arts Center. Events and performances often meant late nights of work for Bruxvoort in preparation for classes the next morning. She also worked with colleagues and students to deep-clean residence halls, classrooms and offices. “Pat enjoyed her job and loved the students. Her job was always done with the students in mind,” says Housekeeping Supervisor Arlo Van Beek. 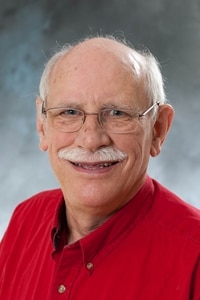 Roger Ewoldt, senior accountant, worked in the business office for 36 years before retiring in December. His responsibilities included preparing monthly budget reports, counseling graduates regarding college loans, conducting exit interviews with students leaving Northwestern, and playing a key role in preparing for the college’s annual audit. “Roger has served students, parents, former students, faculty and staff in so many ways,” says Comptroller Janette Reuter. “He has always been willing to help out where needed, take on new projects and help solve problems.” 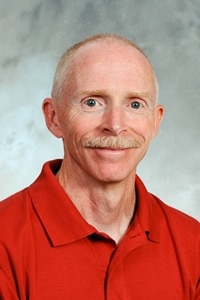 Dale Thompson was hired in 1981 as the college’s intramural director and coach for track and cross country. He has served as director of the Rowenhorst Student Center since shortly after it opened, and he oversaw its renovation in 2007. Thompson was also named as the first recipient of Northwestern’s Staff Inspirational Service Award. He “loves the Lord, loves his creation, and loves those [God] created. You can’t be part of Dale’s life and not feel cared for or inspired to be better than you are,” says one of Thompson’s former athletes, Carrie Krohn, the college’s financial services counselor. 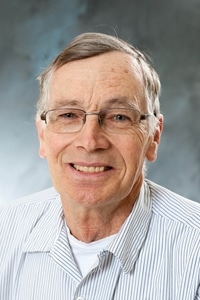 Harvey Van Klompenburg has been part of Northwestern’s maintenance staff for 25 years. His primary duty involved preparing college vehicles for the use of teams, groups and individuals. Additionally, Van Klompenburg has served wherever needed in the maintenance department, including early morning snow removal, summer facility painting and event set-up. “Harv was a key player on our maintenance team. We will miss his presence on campus, but are certain he’ll be in the stands for volleyball and basketball games,” says Scott Simmelink, director of maintenance and operations. 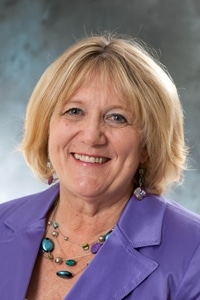 Anita Vogel is retiring after 15 years as the senior reference and information literacy librarian. Her duties included providing bibliographic instruction and reference assistance to students and faculty. She has made numerous contributions to the college community, including serving as the international host family coordinator for three years and as a host family for international students for 30 years. “Anita cares about students and really wants them to succeed in college. She has a compassionate nature toward others, especially those who don’t have a strong support network,” says Anne Mead, reference and electronic resources librarian.

In addition to the recognition of the six new retirees, numerous faculty and staff members were commended for their years of service.

Dr. Paul Bartlett, professor of kinesiology and Scott Simmelink, director of maintenance and operations, were recognized for 30 years of service.