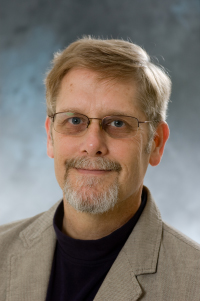 Dr. John Hubers, assistant professor of religion at Northwestern College, has recently published a book, “I Am a Pilgrim, a Traveler, a Stranger: Exploring the Life and Mind of the First American Missionary to the Middle East, the Rev. Pliny Fisk (1792–1825).” The 228-page paperback is part biography, part critical analysis of Fisk and his pioneering ministry in the Ottoman Empire.

“Fisk’s ministry contribution has gone largely unnoticed since his memoir was penned in 1828, three years after his death,” says Hubers. “His significance is found in the pioneering nature of his ministry. Not only was he the first American missionary to establish work in the Middle East; he was one of only a handful of Americans who had traveled to that part of the world at this point of time.”

The book is largely based on Hubers’ doctoral dissertation, which aims to show the complexity of Fisk’s character while examining the impact his move to the Middle East made on his perceptions of the religious “other.”

Published on Sept. 29, the book is available for purchase on the publisher’s website (www.wipfandstock.com) and will soon be available on Amazon.com. The cover art was designed by Hubers’ son, Adam, a designer at Fiat-Chrysler Automotive.

A member of Northwestern’s faculty since 2010, Hubers is an expert in history and current state of Christian-Muslim relations.  He has 13 years of experience living in the Middle East, where he initially taught English and then served as a pastor of international congregations in Oman and Bahrain. After returning to the states, he became the Reformed Church in America’s supervisor of mission programs in the Middle East and South Asia.

A graduate of Northwestern, Hubers earned a Master of Divinity degree from New Brunswick Theological Seminary, as well as a Master of Theology degree and a doctorate in World Christianity and Global Mission from the Lutheran School of Theology at Chicago.