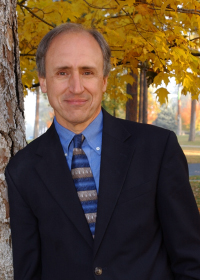 The Rev. Dr. Jerry Sittser, award-winning author and professor of theology at Whitworth University in Spokane, Wash., will speak during Northwestern College’s chapel service on Friday, April 8, at 10:05 a.m. in Christ Chapel. The event is free and open to the public.

Sittser, who was chaplain of Northwestern College from 1979 to 1985, will speak on “Remembering Backwards,” regarding the walk to Emmaus passage from Luke 24. A member of Whitworth’s faculty since 1989, he specializes in the history of Christianity, Christian spirituality and religion in American public life. Sittser has been voted Most Influential Professor 10 times by the Whitworth senior class, most recently last year. His current role combines teaching with serving as senior fellow and researcher in the university’s church engagement office.

A member of Northwestern’s Board of Trustees, Sittser has written eight books, including the bestselling “A Grace Disguised: How the Soul Grows Through Loss” and “The Will of God as a Way of Life.” His most recent book, “A Grace Revealed: How God Redeems the Story of Your Life,” received an Award of Merit from Christianity Today in 2013. Another book, “When God Doesn’t Answer Your Prayer,” won a 2005 Gold Medallion Award from the Evangelical Christian Publishers Association. He speaks frequently at churches, conferences and college campuses across the country.

Sittser is a graduate of Hope College, from which he received the Distinguished Alumni Award in 2009. He also earned a Master of Divinity degree from Fuller Theological Seminary and a doctoral degree in the history of Christianity from the University of Chicago.