Author to speak during chapel

Dr. Paul Borgman, an English professor and author who specializes in biblical narrative, will speak in chapel services on Oct. 8 and 9 at Northwestern College. 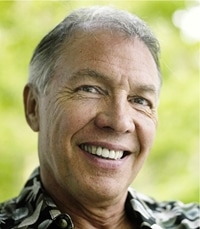 A professor at Gordon College in Massachusetts since 1981, Borgman will be in Christ Chapel at 10:05 a.m. on Monday, Oct. 8, and at 11:05 a.m. on Tuesday, Oct. 9. He is working on a book, “Learning to Read What Was Heard: Matthew, Mark, John and Luke-Acts as Unified Wholes,” which will be the topic for his speeches at Northwestern. The sessions are free and open to the public. In addition to his chapel addresses, Borgman will speak in a couple of classes.

A member of Northwestern College’s faculty in the 1970s and early ’80s, Borgman is the author of several books, including “David, Saul and God: Rediscovering an Ancient Story,” “The Way According to Luke: Hearing the Whole Story of Luke-Acts,” “Genesis: The Story We Haven’t Heard,” and “TV: Friend or Foe.” He has also written many articles for scholarly, religious, educational and popular journals.

He is brought to campus by the Ronald R. Nelson Scholars and Artists in Residence Program. Named in honor of a history professor who taught at Northwestern from 1974 until his death in 1985, the program seeks to inspire students with scholarship that encourages peace and justice.