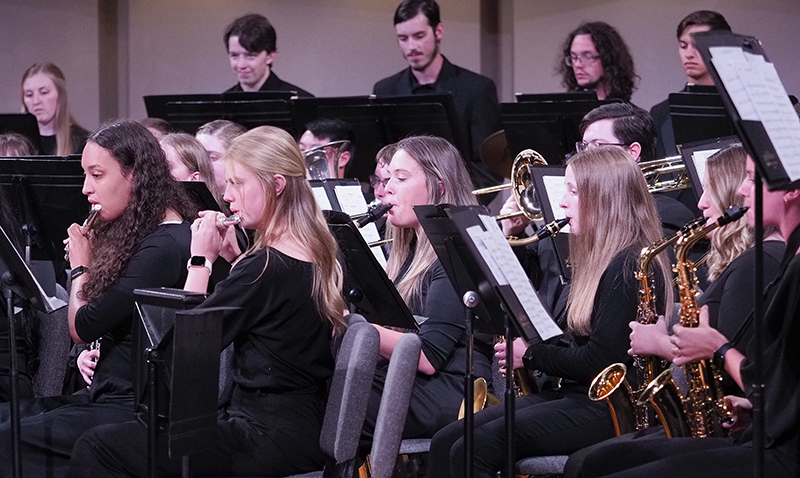 The Northwestern College Symphonic Band and illusionist Jett Skrien will be featured in a concert titled “Magic, Music and Mystery” on Friday, Nov. 4, at 7:30 p.m. in Christ Chapel. The performance is open to the public and admission is free. Watch live.

The concert will include a mix of traditional band repertoire, a hymn arrangement and various newer works for wind band. Included on the program will be Symphony No. 3 “Slavyanskaya” by Boris Kozhevnikov, “Sheltering Sky” by John Mackey, “Aurora Borealis” by Rossano Galante, and an arrangement of “Amazing Grace” featuring NWC music education and worship arts major Jamie Stoscher on violin. 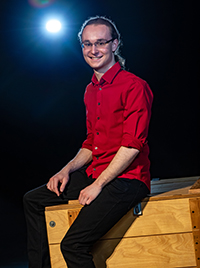 In addition to the musical performance, Northwestern senior Jett Skrien will entertain audience members of all ages with amazing feats of magic. Skrien began performing at the age of 10 and has presented nearly 1,000 shows across the country and internationally.

“Magic and music were both interests of mine starting at a young age,” says Dr. Angela Holt, Northwestern professor of music and director of bands. “This is the first time I have had the opportunity to collaborate with an illusionist, so I am extra excited about this concert! I can’t give everything away about the show; you’ll have to come see it for yourself. Don’t miss out!”