Work by artist Klaire A. Lockheart of Vermillion, South Dakota, is launching the season. “Feminine Attempts” is on display through Oct. 7, with a closing public reception with the artist scheduled for Friday, Oct. 7, at 6:30 p.m. 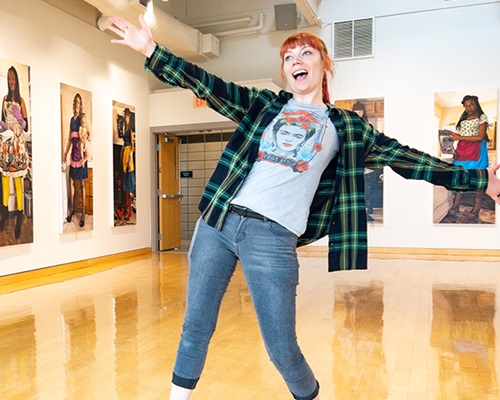 Klaire A. Lockheart's exhibit "Feminine Attempts" will be on display through Oct. 7.

A self-described “feisty artist,” Lockheart employs traditional oil painting techniques to critique historical injustices in the traditional Western art world. She enjoys using the human form to communicate the agency of women, especially since in the past, women artists were prohibited from studying live models and making historical paintings. In addition to addressing femininity and feminism within her artwork, she incorporates humor to make serious subjects approachable.

Lockheart earned a master’s degree in fine arts from the University of South Dakota. Her recent solo exhibitions include “Feminine Attempts” at the Sioux City (Iowa) Art Center; “A is for Apron” at the Ritz Gallery in Brookings, South Dakota; and “Ladylike Representations” at Gallery 120 in Inver Grove Heights, Minnesota.

The Te Paske Gallery’s second show will feature art by April Benson of Orange City. “An Homage to the Creation of Flowers” will be on display Oct. 19 through Dec. 10. 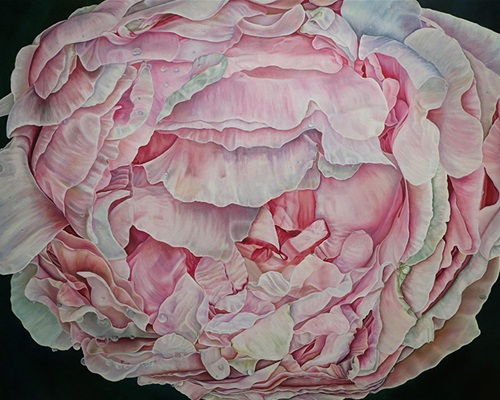 April Benson's floral artwork is part of the exhibit "An Homage to the Creation of Flowers," which will be on display from Oct. 19 through Dec. 10.

Benson earned a bachelor’s degree in fine arts from Southern Illinois University and won “Best of Show” in Orange City’s 2022 Regional Art Exhibition. A stay-at-home mom and wife of a pastor, she does oil paintings during her children’s naptimes and in the early morning hours.

“Flowers are a pure example of utilitarian art,” Benson says. “Every part of them serves a purpose—the shape, color, scent and texture all designed to lure in wildlife, playing a pivotal role in nature. I paint the same shapes, colors and textures, imitating God’s creation with the same goal of luring the viewer in. My hope is that the viewer is kept in a prolonged gaze, considering each piece and the majesty of our Creator.” 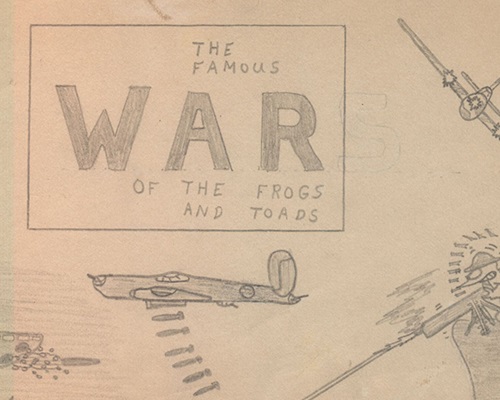 The 2023 calendar year will begin with a showing of the late Jimmy Kugler's "Into the Jungle!," featuring artwork from his days as a high school student in the late 1940s.

The 2023 calendar year will begin with an exhibit titled “Into the Jungle!” Featuring artwork by the late Jimmy Kugler, who was originally from Lexington, Nebraska, the show will open Jan. 9 and close March 3.

Kugler is the father of  Dr. Michael Kugler, a professor of history at Northwestern College. As a high school student between the years of 1946 and 1950, the elder Kugler drew more than 100 double-sided comic strips and cartoons. More than half a century later, his son gathered and published them in a book that retells the story of World War II using animals, “Frogs” versus “Toads.” The exhibit in Te Paske Gallery will include a selection of the cartoons, along with photographs from Jimmy Kugler’s town and high school days.