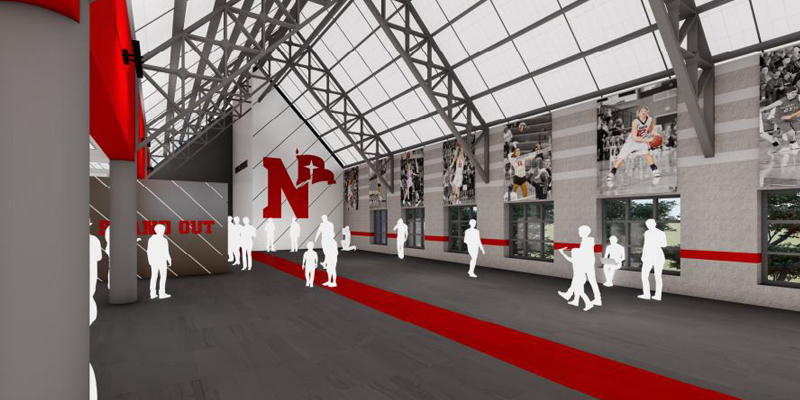 A rendering of the Bultman Center lobby renovation.

Northwestern College’s Bultman Center is undergoing a series of renovations.

The renovations will take place in two phases; fundraising for phase one is complete. The first phase, totaled at $2.25 million and set for completion in September, includes a remodel of the Bultman Center gymnasium, lobby and hallway. The main entrance to the facility is also being updated to include Raider athletic branding.

“I am continually humbled by the generosity of the alumni and friends of Northwestern College and Red Raider athletics,” says President Greg Christy. “We are grateful for every gift, and especially for the lead gift from John and Ann Den Hartog, which got the ball rolling for this project. These renovations will enhance the student-athlete and fan experience in the Bultman Center for generations to come.”

The gymnasium floor, which is original to the facility, is being replaced, as are the bleachers. Cosmetic changes utilizing the athletic department’s new branding are being implemented in the gymnasium as well as the lobby and hallway areas. The new Bultman Center court has been named after the Den Hartogs.

“The Bultman Center is our most visible athletic facility,” says Dr. Micah Parker, vice president for athletics. “We’re eager to implement the new Raider athletics brand into the space. It’s a great facility, and this will help convey that.”

Additionally, the roof of the facility is being repaired and the lighting replaced. Air conditioning is also being added in the gymnasium.

Addressing the need for more space, phase two will include renovations of locker rooms and the transformation of coaches’ office spaces.

“The mission of the Northwestern College athletic department is to honor Christ through excellence,” says Parker. “These facility upgrades will help us continue to be excellent.” 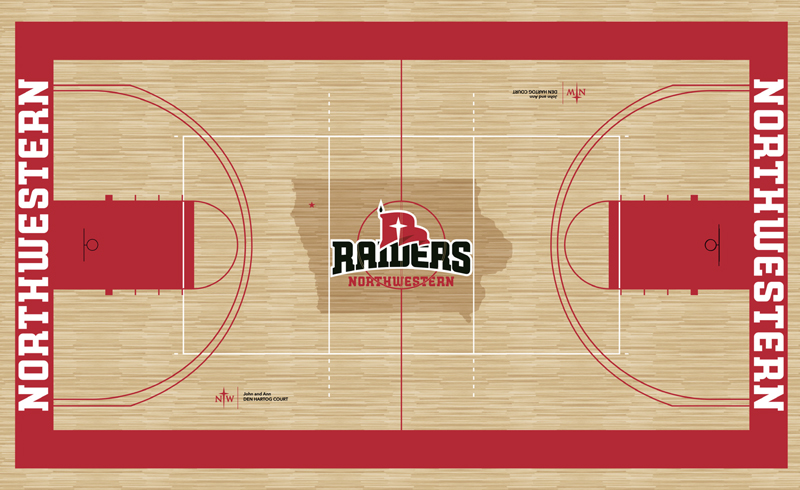 A rendering of the Bultman Center court.