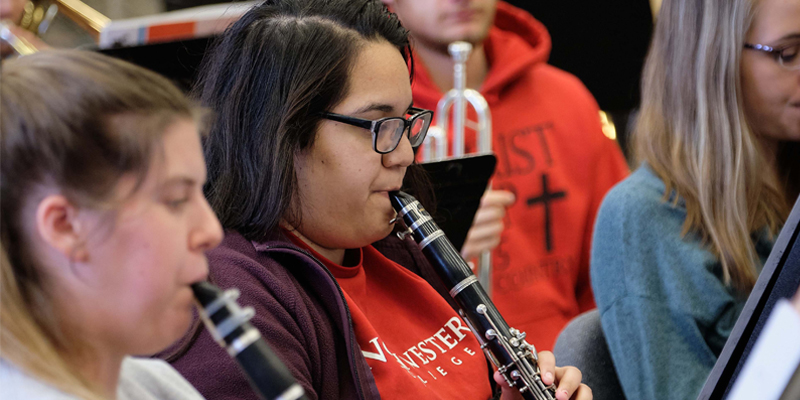 Northwestern College’s Symphonic Band will present its final concert of the year on Saturday, April 24, at 7:30 p.m. in Christ Chapel. The concert is free and open to the public.

With a theme of “Soaking in the Sun!” the performance will feature an array of concert band repertoire that represents light or the upcoming summer season in various ways.

A very lively work by Brian Balmages titled “Summer Dances” will contrast with the piece “Radiant Shadows” by Julie Giroux, which captures the beauty of those in our lives. The program will also include “Illumination” by David Maslanka, which features an assortment of textures, and Frank Ticheli’s “Blue Shades,” which features solos and hints to the style of the blues and Big Band era. The concert will also honor the ensemble’s graduating seniors.

To prioritize the safety of musicians and audience members, masks will be required for the event. Physical distancing will be encouraged, with families seated together in groups no larger than three persons.

The Symphonic Band is directed by Dr. Angela Holt, Northwestern’s director of instrumental studies and music education. A member of the faculty since 2017, she earned doctoral and master’s degrees of music in instrumental conducting from the University of Cincinnati College-Conservatory of Music and a bachelor’s degree in music education from Wheaton College. She received Northwestern’s Faculty Excellence in Faith and Learning Award in 2019.