Winn receives NWC award for excellence in faith and learning 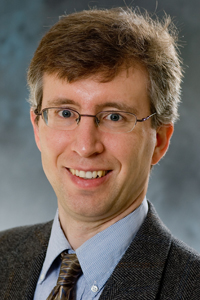 Dr. Robert Winn, professor of history at Northwestern College, has been named the 2020 recipient of the college’s Faculty Excellence in Faith and Learning Award. He was honored during commencement exercises on July 18.

The award honors and encourages the calling and responsibility of Christian faculty to devote time and energy to scholarship and creative expression in ways that faithfully express the wonder, truth and beauty of God’s revelation in Scripture and creation. Northwestern’s academic deans and vice president for academic affairs selected Winn as the recipient from among faculty nominated by their colleagues.

A member of Northwestern’s faculty since 2004, Winn is a scholar of religious and intellectual history in late antiquity and the early Middle Ages. He is the author of “Eusebius of Emesa: Church and Theology in the Mid-Fourth Century” and “Christianity in the Roman Empire: Key Figures and Practices of the Early Church (A.D. 100–300).” He is completing a follow-up volume on Christianity in late antiquity (A.D. 300–500). A reviewer has written that Winn’s work “stimulates readers to consider how we might apply lessons from these figures to our present situation.”

Karen Bohm Barker, Northwestern’s recently retired dean of arts and humanities, says she appreciates the depth of Winn’s scholarship joining his specialization in history with his faith. “Bob creates significant peer-reviewed scholarship that is a testimony to his strong and deep faith. He works at that scholarship slowly, carefully, consistently.”