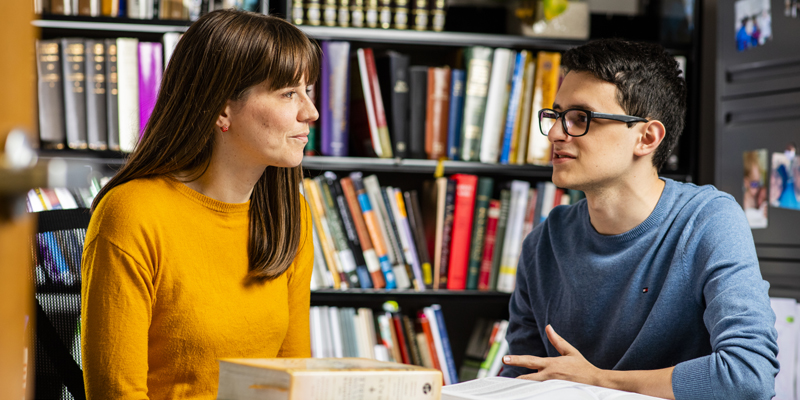 Northwestern College achieved high marks from its students in a national survey that measures what matters to them in their college experience and how satisfied they are.

Ruffalo Noel Levitz, a higher education consulting firm, administers the Student Satisfaction Inventory (SSI), which provides participating institutions with national benchmark comparisons. In an SSI survey conducted in January, Northwestern received better scores from its students than the mean scores for both the national comparison group and a select group of Christian colleges that includes Dordt, Bethel and Taylor universities.

“The Student Satisfaction Inventory gives us excellent information about what’s important to our students,” says Julie Vermeer Elliott, Northwestern’s vice president for student life. “As a result, it enables us to focus on those efforts that will have the biggest positive impact and provide the best possible experience for our students.”

Northwestern stands out, students say, for excellence in its academics, personal attention, sense of belonging, school spirit and tutoring services.

“It’s gratifying to hear that Northwestern students think highly of the very things we believe are Northwestern’s strengths and that distinguish us from our competitors,” says President Greg Christy.

Compared to other institutions, Northwestern was rated higher by students on its commitment to academic excellence and its good reputation within the community. Northwestern’s score was also higher than the average of other institutions when students considered whether their academic adviser is approachable and concerned about their success, as well as whether their residence hall staff is concerned about them as individuals.

Students at Northwestern likewise rated the college higher than the national average and select Christian college scores when agreeing that intercollegiate athletic programs contribute to a strong sense of school spirit. And finally, Northwestern ranked higher when students were asked whether tutoring services are readily available. Nearly 200 Northwestern students serve as peer tutors, and three out of four students make use of the Peer Learning Center, where free academic support services are available to all students, including those with learning disabilities.