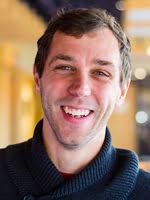 Drew Schmidt earned a Master of Fine Arts degree in lighting and sound design from Illinois State University after graduating from Northwestern with majors in both theatre and computer science. He taught introductory courses in lighting and sound design at Illinois State, as well as Introduction to Sound Design at NWC while also serving as Northwestern's audiovisual technician.

THE465 - Selected Topics in Theatre and Speech