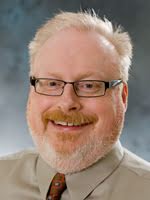 Dr. Jensen specializes in ethics and ancient Greek philosophy, especially Plato. He teaches a wide range of courses, including various courses on the history of philosophy: ancient Greek, medieval and modern. In addition, he has developed a course that explores the relationship between philosophy and science fiction, and he sometimes offers a course on C. S. Lewis and the Inklings.

An introduction to the main metaphysical and epistemological theories of philosophy. Issues addressed include the existence of God, the problem of evil, the mind-body problem, knowledge and skepticism, and personal identity and resurrection. (4 credits)(NWCore option under Belief and Reason) (Writing Intensive)

(4 credits, alternate years, consult department)(IGE option under Belief and Reason) An introduction to some central philosophical problems through the medium of science fiction.

(4 credits, alternate years, consult department) (IGE option under Belief and Reason) An exploration of the philosophical themes found in the writings of C.S. Lewis, with some consideration of his place in the writing group known as the Inklings.