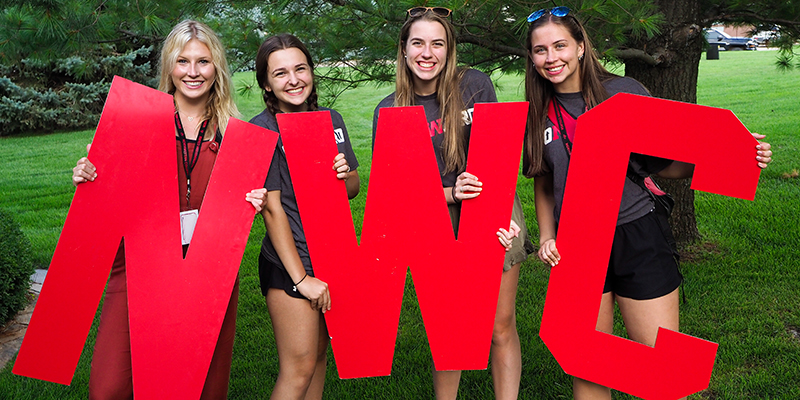 Northwestern College has set enrollment records for the fourth consecutive year. This fall’s enrollment is 1,712, up more than 8% from last year’s record of 1,585.

This year’s figures include the highest number of new traditional undergraduate students and transfers in six years, 321. Northwestern has set another record with 531 graduate students enrolled in master’s degree programs in education, physician assistant studies, and counseling, up from 500 last year.

Northwestern’s ethnic diversity continues to grow, as the college has recruited 26 first-year Hispanic students, an all-time high. International student enrollment is also at a 10-year high, with a total of 40 residential undergraduates.

A high freshman-to-sophomore retention rate of 78.3% also contributed to this year’s enrollment record.

“We are thrilled to be starting the year with enrollment records and large numbers of both new and returning students,” says Tamara Fynaardt, Northwestern’s vice president for enrollment and marketing. “There’s a special energy on campus from seeing students from all walks of life being attracted to Northwestern because of our investment in their spiritual, academic and relational growth.”