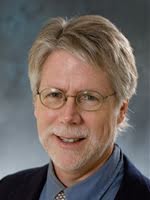 Dr. Westerholm taught at the University of Connecticut and the State University of New York at Cortland before joining Northwestern's faculty. He researches and writes on the intersection of Victorian religion and poetry, especially that of Christina Rossetti. He has also published on literary theory, and on the poetry of the Caribbean Nobel-Prize-winning Derek Walcott. Dr. Westerholm plays guitar, gives lessons, and helps lead Taize worship services once a month.

ENG225 - Literature of the Developing World

To paraphrase Salman Rushdie, the Empire has written back. The last half of the 20th century has produced a number of literary texts written in English by authors from the recently independent nations of the Old British Empire. These texts have proved so rich in both literary value and cultural context that their authors, Wole Soyinka, Derek Walcott, Chinua Achebe, and Rushdie himself, have won the most prestigious literary prizes available. We will be reading and appreciating these books, both as ripping good yarns, and as significant cultural documents that teach us much of how members of other societies think, feel, and act. Prerequisite: ENG250LC. (4 credits, alternate years, consult department)

The industrial revolution resulted in an urbanized, more literate population. Writers of the time sought to reach a popular audience in a way unparalleled in English literary history. We shall read Austen, Wordsworth, Dickens, Eliot and their contemporaries, examining what they thought of and had to say to the common people of their day. Prerequisite: ENG250LC. (4 credits, alternate years, consult department)

England was largely depopulated of young men and nearly reduced to rubble by two world wars. The nation that arose, stripped of its empire, has continued to be a literary center. We shall read Shaw, Yeats, Eliot, Heaney and others, examining how they have analyzed and expressed the modern human condition. Prerequisite: ENG250LC. (4 credits, alternate years, consult department)

In this seminar we analyze interpretive problems in literature and their relation to cultural theories and conditions. Particular attention is given to questions germane to Christian experience and thought. (4 credits, non-yearly, consult department)

“’And Have Not Charity’: New Testament Ethics and the Caribbean Poet.” The Strategic Smorgasbord of Post-Modernity: Literature and the Christian Critic, edited by Deborah Bowen. Cambridge: Cambridge Scholars Press, 2007.

“Centers, Margins, and the Christian Scholar: A Discussion with Jacques Derrida.” In Bowen.

“Post-Colonial Literature and Theory,” an N. E. H. institute at the School for Oriental and African Studies, the University of London, June 29-August 8, 1998.

"Culture and Society in Victorian England," an N.E.H. institute sponsored by Yale University and the Yale Center for British Art, July, 1991.